The Natural Hair Movement – Is it Just a Phase? 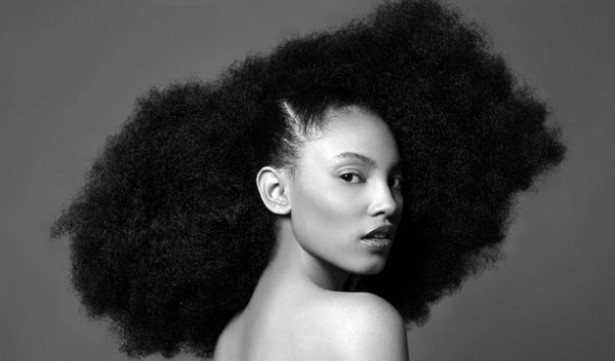 Is the natural hair movement just a phase? I sure hope it isn’t, but even if it is, I sure as heck am not turning back. Just the thought of going back to the days of experiencing the fiery sensation of chemicals toasting my scalp makes me cringe…but I digress.

Everywhere you turn it seems like someone is either talking about natural hair or has forgone chemicals for the kinky/curly. As with anything that’s gotten such a major spotlight (and quickly), you can’t help but wonder if the attention will begin to fizzle out.

The current natural hair movement is not a precedent. An earlier time existed in the 1960’s and 70’s where African American’s donned afro’s as a a political statement during the Civil Rights Movement and symbol of self identification of their black roots. The current movement is quite similar to that of the 60’s and 70’s by its emphasis on the acceptance of black identified features (namely hair in this case) that weren’t deemed as aesthetically pleasing in the past. It symbolizes a shedding of the ideals of the preexisting standard of beauty and the association of it only being extended to physical features closer to that of non-blacks.

Nonetheless, although it has political implications, the current natural hair movement is quite different in the fact that it’s catalyst was not so much political – this factor being a large one in the dissipation of the previous movement. The previous movement reached its height in the 70’s however, it was also the time when the afro became more of a  target for harassment and arrest by law enforcement because of its association with the Civil Rights Movement. The backlash was so severe that some were forced into hiding.

Not to say there isn’t objection and resistance of the natural hair movement today (because there definitely is, sometimes even in Corporate America), but there is a much greater and more widespread acceptance and fascination of the current movement, which has reached many media platforms. It’s not just African American’s interested in the natural hair community but also other races. Even businesses (both white and black owned) have created products targeted to the natural hair market. So unlike the natural hair movement during the “Black is Beautiful” era, its less likely that the dwindling of the movement be due to opposition.

Are We Just Trend Followers?

For many naturalistas who have transitioned during this movement, others have wondered whether they were just doing it because its “cool”. That may be the case for some however, for many (including myself) the decision to go natural was made for the sake of self improvement. To be healthier, to have more self love, to be free, and to connect are just some of the reasons many transition. To be “cool”? Well, that seems to oversimplify the decision in my opinion.

That’s not to say that no aspect of “following” was involved. It’s empowering and encouraging to see others go natural. With the natural movement being broadcast through social media, many of us got a chance to see the intimate details of other’s natural hair journeys (including their struggles and rewards) and wanted to be a part of it.

Seeing other’s journey had a lot to do with why I decided to go natural. I learned from those before me the versatility and beauty of my hair texture, I became curious about what a certain style would look like on my head, and if certain hair care tips would change my perception of what I deemed, at the time, unmanageable. Does that make me a follower? In some cases, yes. I followed others in the process of breaking out of their shell and joining the natural hair community. However, I was not a follower because it was just “cool” or “trendy” and I think many naturalistas aren’t either.

I believe the current natural hair movement is built on the foundation of community, health,  self-acceptance and love, which makes it much more than a just trend or phase. Even if the movement stops getting so much press, I believe the benefits of going natural will still resonate with many people and cause them to think twice before going back to relaxers.

Do you think the natural hair movement is a phase or a progression of culture?

After a long day of working, going to school, taking care of the kids, cooking, cleaning, or whatever your daily routine consists of, you’re eager ...