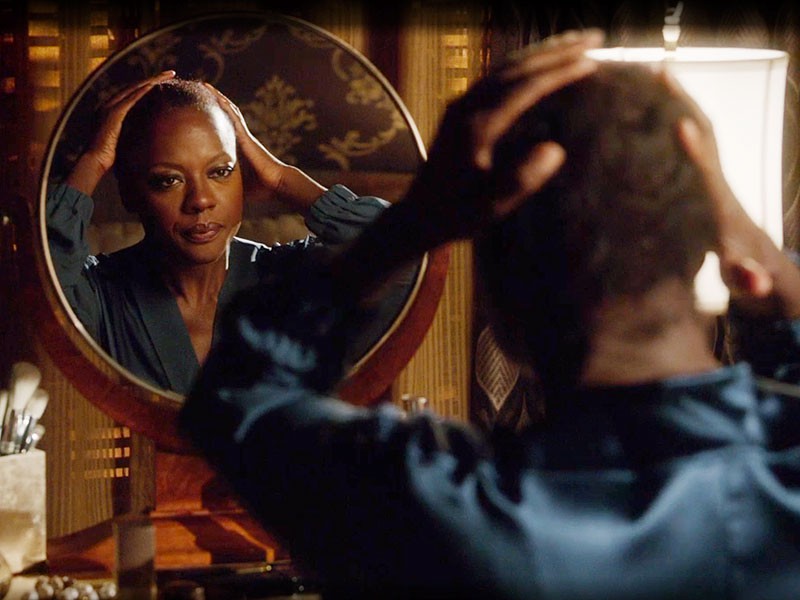 You’re natural, most of your family members are natural, your friends are natural, you go to your local Target and/or Walmart, and see heavily marketed products for naturals, you see commercials for every day goods starring black women who are, you guessed it, natural. But then you turn on your television and tune into your favorite prime-time shows and you see…oh wait, you don’t see natural.

This pretty much sums up the NBC article, that is still making waves all over the net. According to NBC, even Awkward Black Girl creator, Issa Rae, claimed,

We’re very slowly getting more representation of Black women on TV…[there’s a] catch-22 because the diversity of our hair isn’t reflected at all.

By now many have heard about Viola Davis’ character’s “big reveal” on How to Get Away with Murder, when she took off her wig, fake eyelashes, and makeup. I’m sure I can spend 3 days talking about how powerful of a moment that was, but there are enough articles that have sliced and diced the scene to the point where there really isn’t much more value I can add to it at this time.

Are Naturals Present in Network Television?

What interests me is the immense level of outrage in response to articles (like NBC’s) that admit that although Viola’s moment on How to Get Away with Murder was huge and shocking…there simply aren’t enough of them. There simply aren’t enough actresses allowed to rock the Au natural look on network television. Of course, the first argument to this point is that if you look back to the 80’s and 90’s, there were television shows that portrayed women with natural hair – A Different World, Good Times, and The Cosby Show to name a few.

Those milestones were great and definitely should be recognized. But…that was the 80’s and 90’s. You do have to wonder why a movement so big right now, to the point where even businesses can’t ignore it, hasn’t made much of an impact on what we see in network television today.

I think most people miss the point of why people talk about the issue of the lack of female natural stars on network television. They think it’s because…well natural people want others to be natural or that we just like to stir the “racial pot”.  Quite frankly, I wouldn’t even say there aren’t any natural female characters on television. The real problem is the reluctance of the current industry, introducing more black, female characters in their network television shows, that present the appearance of the black woman in all of her natural glory, as a consistent standard of beauty…not just an anomaly for shock value. I’m optimistic that things are changing for the better. However, until there is a greater representation of natural hair being an acceptable style for the role of the beautiful and powerful female characters in today’s network television, the issue will still be relevant therefore, making it still something worthy of discussing.

At the end of the day, nobody is trying to force Kerry Washington to ditch her blowouts. I’m sure everyone can admit that Olivia Pope’s hair is always slade! Whether your hair is natural or relaxed, do you boo! As long as the hairstyle you chose makes you happy, then rock it.

BUT don’t ignore the barriers that still need to be broken in our society. No matter how you chose to wear your hair, we all should care about this issue because beneath our chosen hairstyle, we all grow coils and curls…that’s how God created us. Nonetheless, there’s a clear indication that the beauty of our appearance does not extend to our diverse hair…at least not enough to be accepted in mainstream television. I’d love to see this change. Wouldn’t you?

How to Detangle 4C Natural Hair

Detangle Matted Hair One of the WORST nightmares for a 4C natural is trying to detangle your hair after a long period of utter hair ...