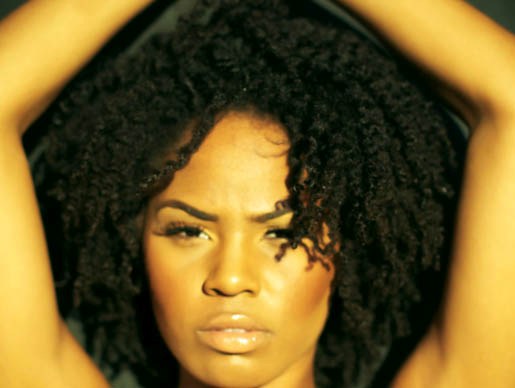 I’ve been sitting at my computer for a while now wondering how to begin writing about this issue. How do you begin to really make productive conversation on the issue of natural hair and corporate America…an issue that has infinite complexities created by stereotypes as old as our ancestors…an issue where a claim regarding its current existence is nowadays argued based on our own individual experiences. The latter being very concerning to me but I’ll get more into that later.

For those that have no knowledge of the subject, here is some background for you. For many years, there was a negative stigma attached to natural hair in the United States – especially hair of the kinkier texture. Because of this stigma, many naturals have expressed being scrutinized by others for their decision to wear their natural hair in the workplace – claiming their hair isn’t “professional/appropriate”. In some cases, people have complained that they’ve been given an ultimatum of either losing their job or conforming to a more relaxed (straight) hairstyle, because their natural hair went against dress code policy. Other cases aren’t as major or job threatening, but instead deal with naturals experiencing opposition from coworkers, friends, and family members. Thankfully, due to the current natural hair craze, many of the natural hair barriers are being broken in corporate America. However, there are still many people who are faced with this issue today.

To really understand the complexities of this matter, it is imperative that I briefly recap where this stigma originated.

Where It All Started

Rewind the clock, before this current natural hair craze and the 1970’s “Black is Beautiful” Movement…all the way back to the 1800’s…the slavery days. Stereotypes played a large role in shaping America’s characterization of black people. Other races were curious about black people…their character, sexuality, feelings about slavery, etc. Therefore, racist propaganda, like blackface minstrel shows and black caricatures, were crea

ted to portray the image of what slaveholders believed black people to be and to also justify their brutal treatment of slaves. Ignorant, clownish, naive, and superstitious were just some of the characteristics portrayed.

Many of the famous black caricatures (like the Mammy) became mainstream figures shown on cleaning supplies, cosmetics, and even in children’s books, teaching society to dislike the black image. From the big nose, big lips, bug eyes, dark skin, and yes of course, the natural/kinky hair, society saw much to disapprove of in what they deemed as black features. For black women in particular, it was important to enforce this image to dispel any threat to white women in regards to black women being more sexually appealing than them. Natural hair specifically was portrayed as being ugly, unkempt, dirty and a representation that black people were lazy. When relaxers were created, black women were encouraged to get them to”fix one of their flaws”, making black woman more likable, reliable, and employable.

Why This Is Still Such a Big Deal

9 times of 10 when someone brings up the issue of natural hair not being deemed as professional, there is always someone who gives a comment something like this:

I have been natural for X years and I work for X corporation and have not had anyone complain about my natural hair. In fact, when I was interviewed for a job at X, I wore my hair natural and was still hired. It’s a new day! This may have been an issue some years ago but I don’t believe this is an issue anymore.

Experiences have a lot to with how we view the world and the ideas that are presented to us. Therefore, it is understandable how a person who has proof of a very positive experience when wearing their hair natural to work (as great as that is) can mistakenly claim the issue to now be obsolete. However, the simple fact is…that’s just one person’s experience. I do believe that we’re in better times but it is still very important to continue the dialogue as long as the issue pertains. I hear reports all the time of cases where a person’s job is on the line or of kids being kicked out of school because of their hair being natural. What I also commonly hear in those reports is that when those cases are vocalized and awareness is spread, many individuals in the community unite to challenge the case, usually causing the corporation or school to change its policy. That seems like a big deal to me.

There’s a Thin Line Between Corporate Acceptance and Self Expression

The main question that arises when natural hair is challenged in the workplace (especially if job security is a concern) is, “should I conform?” Given the history of perming hair, its understandable why the feelings of self identity and expression make it much harder to abide by corporate policies that go against natural hair…it’s not as simple as being told to buy a new suit. In my opinion, the answer to this question all depends on how exactly “conforming” is defined.

If a company told me that I couldn’t work for them or receive a promotion unless I cut my hair off or wore my hair in a relaxed state (straight), then I’d probably leave the job (if I had other options) or complain. The advantage today is that the natural hair movement is big enough that many corporations are becoming more aware and acceptant of the change. For this reason, it may be a good idea to challenge them. The chances are better now that you will be successful in getting the company to review their policy. However, in a case where no change happens, I’d decide whether the job was more important than my desire to be natural..most likely it wouldn’t be, but let’s be real…you gotta eat. Some people really don’t have the luxury to up and leave their job (especially if they have kids) but DEFINITELY look for other employment.

On the other hand, if “conforming” just meant I put my hair in a “neat” style then I would conform. Natural does not mean unkempt. If my hair was natural, relaxed, long, or short, I’d never roll out of bed and walk out of the house without making sure it looked nice. Also, I wouldn’t chose to wear natural styles that attracted too much attention to my head instead of my work, like bright colors or extremely big hair. The dress code policy should be attempting to remove unnecessary distractions from the workplace and create a unified professional image…as long as they know that this image can be achieved while I’m natural, then all is well.

Oh, and if someone like a coworker, friend, or family member antagonized me because of my natural hair…well they can kindly just get over it. 🙂

Be Aware of Your Work Environment – If you are interviewing or currently working for a corporation, understand their dress code policy. Pay close attention to what they will and will not accept as professional dress and see if you are able to meet those requirements.

Kindly Educate Your Coworkers – I’m not necessarily saying take out your black history book and beat anyone over the head with it but a lot of times your coworkers make comments that may offend you even though they have good intentions. It may be a good idea to kindly sensitize them to what they say.

Give People the Benefit of the Doubt – You’ll be surprised how many people, of all races, may comment about your hair out of curiosity and really love it. Try not to jump to negative conclusions…just because someone asks you a question about your hair, doesn’t mean that they are disapproving.

Love Yourself – Above all else, love yourself for who you are. Whether you are challenged daily or praised because of your natural hair, YOU be the first to validate you. Your hair is a part of who you are…it is a part of what God blessed you with, so love it just as it is.

I hope this post was helpful and I’d love to hear your feedback.

Has your job or anyone else ever challenged you about wearing natural hair in the workplace? Would you conform to a job that asked you wear a more relaxed style? Leave a comment below!

Angie is the creator & Editor-n-Chief of 4chairlove.com, a 4C natural hair site encouraging naturals to embrace the hair that God gave them. Through sharing her journey, she hopes to help unveil the beauty of natural coils. You can connect with her via Facebook, Twitter, Instagram, and Pinterest.

I’ve been sitting at my computer for a while now wondering how to begin writing about this issue. How do you begin to really make ...